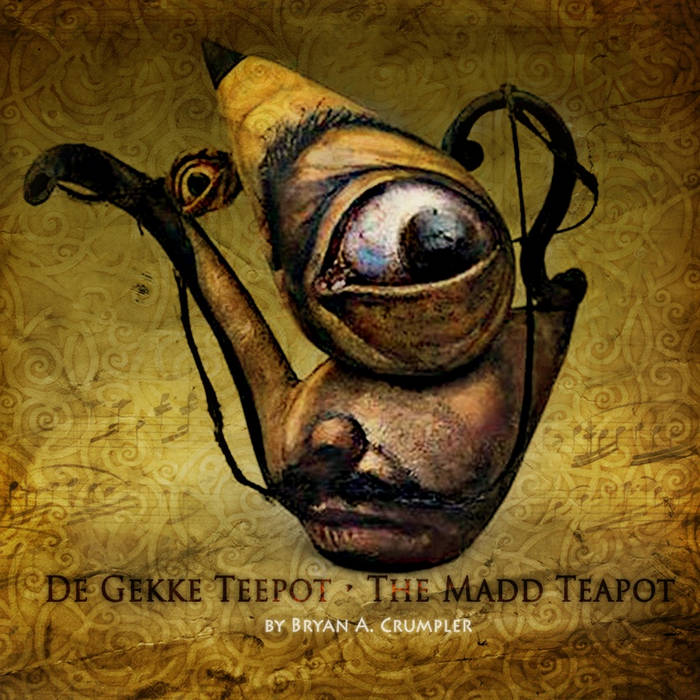 The Madd Teapot is an exhilarating musical take on an anthropomorphized teapot, one that is fragile, vulnerable, and terrorized by the scortching perils of life.

He begins as an incoherent pile of clay, found by wretched humans who treat him as dirt. Upon engaging in a battle with the forces of nature (including human nature), he is forced to be molded into something he is not, and deals with threats of being thrown into a fiery kiln with the intention of burning him to death.

As the molded clay crackles, he comes to life in a new form, not dead, but alive and stronger than ever before. He realizes he is a teapot, and sings of joy, but ponders where his spout is. He only wants to be able to express himself, i.e. speak, love, and relieve himself of the boiling hot water (i.e. the troubles everyone faces) in which he is about to be constantly doused. With humans around, the paranoia overtakes him. He calms himself by singing a brief love song desiring honey, which will make the boiling hot water tolerable, but the honey responds too slowly claiming it doesn't want to "rush" and that it needs time (perhaps alone). Brown sugar tempts him with a shake just as a troop of teabags (a misnomer for "douche" bags) march onto the scene.

One of the teabags makes a sacrifice and takes a dive into the hot water. Risking all within him, the teabag nearly drowns all while hanging by a thread, his lifeline. The teabag squirms and peers at the sky as the light glistens upon the water inside the teapot. Motivated by this final glimpse, he engages in a dance of death inside the belly of the teapot. During this dance, the teabag ends up only muddying the water after exhausting all that is within him and is zipped out of the teapot and cast away into the trash.

The music is symbolic of this tale that the teapot will continually relive day after day. Does the teapot find relief? That is the lingering question... Listen and find out.