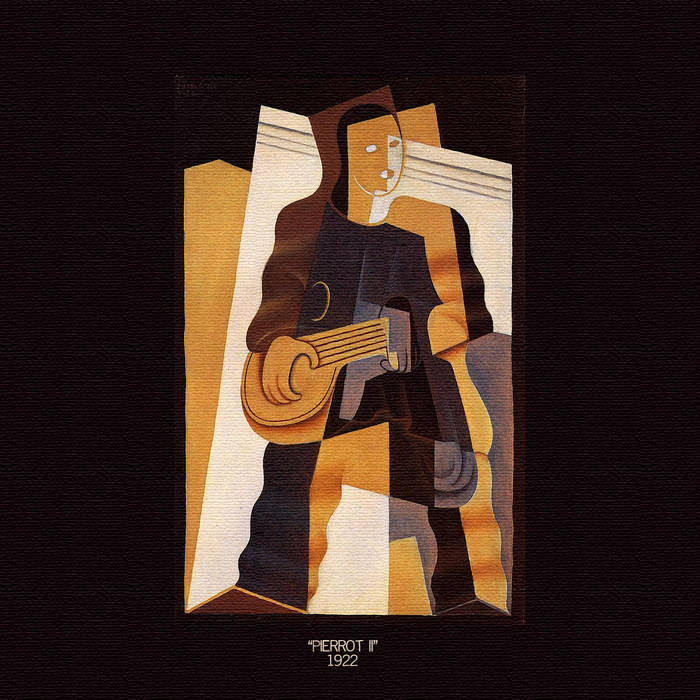 Many a mortal hath looked past the heart on the door, or (as Langston Hughes puts it) the "heart hanging on the public wall", though none are so bemusingly divine as the GMAT (the greatest muse of all time), to whom we artists succumb even when the heart is hidden away.

Home is where the heart is, and for many years I literally had a heart brandished onto the door of my home. Just as Langston Hughes notes in his poem "Pierrot", however, passers-by often overlooked it. As scary as it may be to pursue my passions and the things I love, I too began to hide my heart far away, burying it in the depths of my compositions and often detouring around the need to verbally express much of the emotion that Pierrot has represented throughout the ages.

Pierrot has long been a subject of art, music, theatre, literature, and poetry, and often appears as a tragic symbol that expresses melancholy, hopeless romanticism, separation woes, unrequited love and ever-growing competitive desire. A funambulist in both a literal and figurative sense, he is nonetheless an entertaining comédien as well as a bumbling fool. Often walking a fine line and taking heroic leaps of faith with few safety nets in sight, he is agile in thought and full of heart, yet was perhaps one of the most underestimated of the zanni... that is, until the 1800s. Still playful, carefree, and daring in subverting language, he began to proliferate as a subject of art and music well into 19th and 20th centuries.

According to Cultured Arm, "Pierrot became a canonised figure within twentieth century classical music with Arnold Schoenberg’s Pierrot Lunaire, Op. 21, a setting of twenty-one poems from a German translation of Albert Giraud’s cycle." I personally had a glorious opportunity to perform this work back in 2005 as a pioneering member of Ensemble Aton along with members of Ensemble Sturm und Klang in Belgium. The caricature of Pierrot has been a subject of interest to me ever since.

Unlike Schoenberg, however, this work is not tonally ambiguous using subversive musical language, but rather borders on a lighter edge of modern theatrical and cinematic music: a cross between broadway theatrics and film. In addition, it emerges with sufficient immediacy and brevity to charm the likes of even those overwhelmed with distraction in our 21st century ADD society. That said, the piece remains accessible and focuses not on a particular portrayal of Pierrot from the distant or recent past, but rather propels me into his character, particularly to zero in on a celebratory event that I - despite best intentions - all too often fail to acknowledge: birthdays!

In an act of redemption, and with plenty of planning and forethought, this piece illustrates Pierrot embarking upon an ambitious journey across the globe - pushing past all the "Harlequins" of the world - to convince a few of his fellow marionettes throughout the ages to serenade Happy Birthday to his muse at the strumming of his guitar. His namesakes Pedrolino and Petrushka even make an appearance as he nears his destination. There, he hammers out the tune wearing his heart on his sleeve.