from Starbirth - Generation Alpha by Bryan A. Crumpler 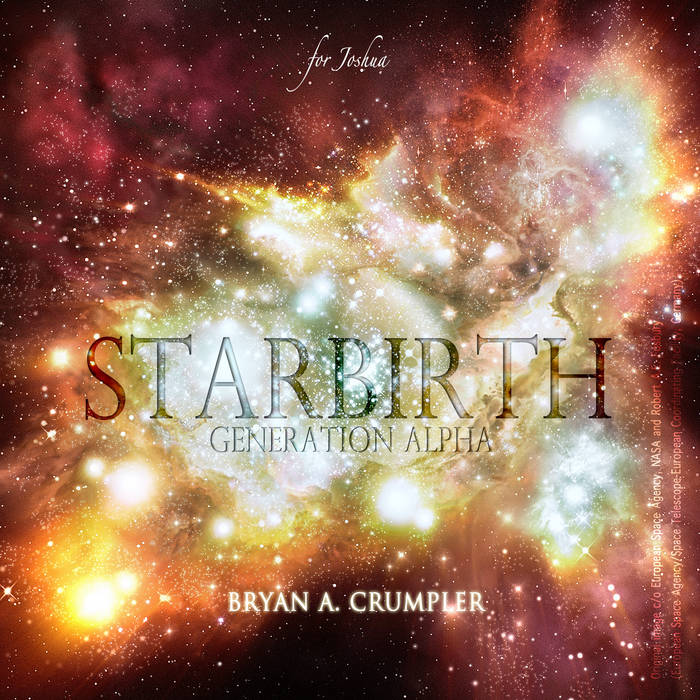 Stars are born;
They grow old and they die;
Their nurseries are rambunctious,
as they light up the sky.

Red, green, and blue;
Yellow, orange, and white too;
They dance in the midst
of a cosmic zoo.

Scattered in the heavens,
lightyears apart,
the worlds they reveal,
are as bright as they are dark.

From thousands to billions,
they twinkle with glee,
these luminous balls of plasma
formed by gravity.

They pave the way
for the life we know today,
for the heavens and the Earth
are recycled dust of a star birth.

Bursting and imploding,
they spark wonder and fear;
They are sympathetic to no one,
whether afar or near.

Yet they bleed, they burn, they cry their own tears,
for hundreds upon thousands of millions of years.
They twirl, they twinkle, they spark, they mingle,
they empower and devour, even if they are single.

Like pinpoints in the night,
so grotesque and so bright,
huddled among galaxies,
they too face their own plight;
Swirling and whirling to endless resolve,
in a sea of darkness, the greatest mystery of all.

Yes, stars are born,
they grow old and they die,
Magnificent, they are,
as they light up the sky.

Red, green, and blue;
Yellow, orange, and white too;
Dancing in the midst
of a cosmic zoo.

Don't you want to be a star too?