by Bryan A. Crumpler, Clarinetist/Composer 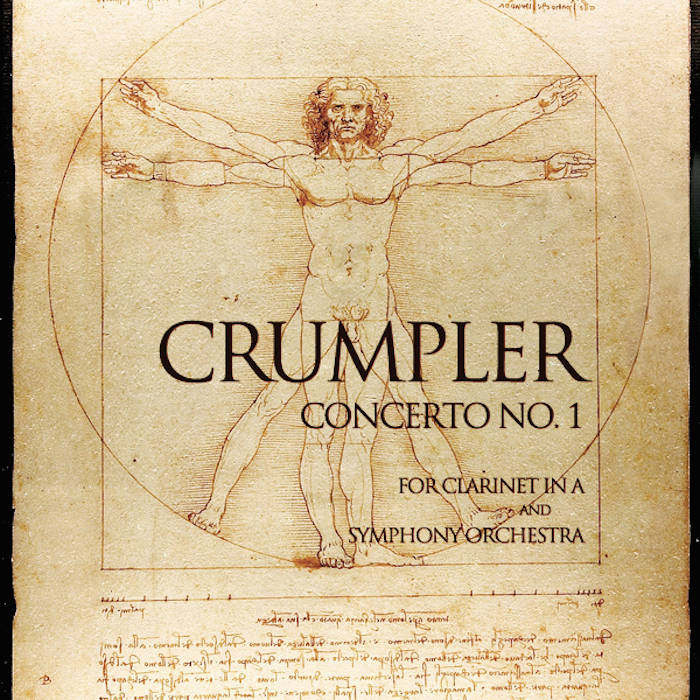 Nominated for the 2015 Putlizer Prize, this Clarinet Concerto (titled the Crumpler Clarinet Concerto No. 1.0, or CCC 1.0 for short) was written - in part - to pay homage to the 100 year anniversary of Stravinsky's Rite of Spring. Though the work is not riotous in its conception, it marks an awakening of a new chapter of my life as a musician and composer. It took about 14 years to conceive in its entirety and 6 months to write, record & produce in the year 2012. After testing the recorded work at a listening party in the Cube Gallery of Atlanta in December 2012 and nearly 2000 listens of its preview on Soundcloud, it had its live performance debut with a backing track at an exclusive, private hearing at the Mary Todd Hair Company (a "museum" of hair salons that features live artists in the "Way Down in Cabbagetown" series) when it was released in August 2014.

The work opens with a chorale that was conceived for piano in my college dorm room my sophomore year at UNC-Chapel Hill. It was just a homework assignment then, and I had always envisioned expanding it into a larger work at some point later in my career; however, I didn't really have the composition skills at my disposal to undertake a symphonic work so large. The theme of the choral becomes morphed throughout the development of the work, and becomes intertwined in the melody of other motifs crafted along my 14-year journey, which kicks off from the Presto Con Fuoco.

The Presto con fuoco signifies the burgeoning excitement of graduating and embarking upon the road less traveled. I was traveling the country competing among a hotbed of talented virtuosi, auditioning, showing off a little when I could, and improvising along the way in a world unknown to me (the "impromptu").

The Incantesimo is a dark, twisted, ritualistic variation of the theme that closes with a songlike interlude to the Bravura Spirituoso. This spirited theme transitions to the punchy Allegro Vigoroso, an upbeat variation that explodes into the stratosphere of clarinet altissimo technique. It is has a strong and abrupt ending before proceeding to the Misterioso section that signifies a consoling moment that I needed while grieving the death of my grandmother.

This is followed by an homage to Stravinsky, which marks the starting point of my composition process. This was significant because it was the first orchestral works I performed at the start of my professional career in the Royal Concertgebouw of Amsterdam. It was namely a reminder of how dear my grandmother was to my mother, who now fell in line as the head matriarch of the family. The homage is followed, thus, by set of sequences apropos to the classical tradition (i.e. the Sequenze). The sequenza introduces a modern, 21st century version of praise to the most high, the Doxology, which murmurs around a phrase my mother often said during my upbringing when events turned favorable: "Praise God from whom all blessings flow". The melody of the doxology becomes more apparent the second time around with a horn solo before the Bravura and Strepitoso. These two sections signify a virulent time where I fought to rise out of a period of homelessness. The struggle dies down in the finale, where I noodle my way through the turmoil to find peace and comfort with a new life, a new home and relief. This is marked by the Tranquillo, where the theme is briefly restated prior to its fading close.

NOTE: Tracks 2-14 are split-tracks for listener convenience. They constitute one, single body of work and are to be played in order, attacca (uninterrupted), back to back, with no pauses in between. Shuffling not advised! Turn off all options to add any extra seconds between tracks if/when burning to disc.

The split-tracks are broken down by major sections / transitions and are set up primarily for those interested in deeper study of particular sections of the work or those who may not be able to afford the entire recording and prefer snippets instead. This breakdown makes it easier as well for those who might prefer to skip around to certain indexed sections without much hassle. This is useful when burning to disc or thumbing through on a handheld mpX listening devices.