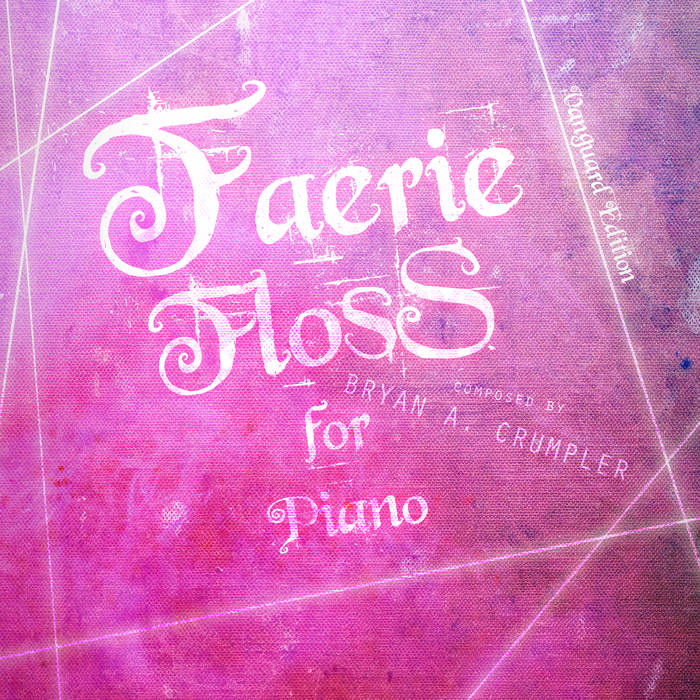 Fun Facts: the tooth fairy left $290.6 million to kids across America in 2016 (averaging $4.66 per tooth), and cotton candy - literally 100% pure sugar - was invented by a dentist to rot kids' teeth... :-D It was presented as "Fairy Floss" at the 1904 World's Fair in celebration of the Louisana Purchase (now "middle America") and marked the hosting of the 1st US Olympics. The significance of this fact has been rather interesting to me given the sources of inspiration from which I draw my work. Not coincidentally, 1904 was the year Scott Joplin premiered "Cascades" at the opening ceremony of the 1904 World's Fair, only to fall dead in a mental hospital just over a decade later. Ironically, he passed on the day we most often celebrate April Fools: April 1st 1917. April 1, 2017 will mark the 100-year passing of the most well-known and most celebrated African American pianist in world history, who - like a daemon out of nowhere - has managed to possess (or "bless") me with a flood of German sixths, a waltz, and adventures of a quirky tooth fairy that hasn't left me any money in a very long time.

As for "Faerie Floss", this is an original solo work for a most sophisticated pianist and imaginative listeners. It has 2 versions: a Vanguard Edition and a Waltz Edition. This album features the Vanguard Edition, which - as the name suggests - is an avant-garde version of the Waltz that encapsulates all the flair of a high-end competition piece and is fitting as a stunning encore with optional winds. Purchase comes with the audio of the Waltz Edition as a free bonus track.